(This is a paper I wrote for my Sociolinguistics class.)
I am going to write about a multilingual situation that I observed in my younger cousins, when I went home summer of last year. It pertains to the addition of a language in their repertoire of languages due to media. This is also relevant to language shift as the language that is becoming popular to them may be the language that their generation might prefer to shift to if the time should come.
Our closest neighbor is my mother’s youngest brother. His two daughters, aged 3 and 6, were playing with another cousin, aged 7, in their front yard, which was located near our backdoor. I was in our house doing some household chores. They were playing bahay-bahayan, pretending that they were cooking something in their cooking set toys. Since they were not that far from where I was, their voices were quite audible.
When I listened in on their conversation, I was surprised to hear them speaking in Filipino or Tagalog for that matter. Only in instances where they find it hard to express themselves do they switch to the vernacular. Then one of my uncle’s sons, aged 5, wanted to join them and started saying, “Sali ak! Sali ak!” Now, sali is Tagalog for ‘join’ and ak is the vernacular for ‘I’. He was mixing the two languages using the grammar of the vernacular and the lexicon of both the vernacular and Tagalog. I corrected him and told him not to use sali, but to say mitapi, which is our vernacular for ‘join’. He did not listen to me but just kept on saying, “Sali ak! Sali ak!”
Tagalog had never been a popular language in our community before. For my generation, we learned it in school, starting in Grade 1, but most of us had little or no chance of using it during our younger years. Most of us would only start to speak Tagalog when we go to cities for schooling or find employment there. In my case, I practiced speaking Tagalog when I transferred to Baguio city in second year high school, but it was minimal. Most of the practice I had in high school was speaking the trade language of Ilocano since I was in a school whose students come from the Cordilleras, and Ilocano is the trade language in the Cordillera. Much of the practice I had in speaking Tagalog was in college because I was in a school whose students were much more diverse.
For my parent’s and grandparent’s generation, however, Tagalog was sparely used. In diglossia terms, theirs would strictly be English for H and the vernacular for L. My parent’s generation is much better in speaking the said language, since they also learned it in school, but my grandparent’s generation would have no comprehension of it. In short, it would be very much surprising to hear children in my day or in their day using Tagalog as the playtime language. It was a far cry from the situation, which I observed from my younger cousins.
What led to this great change? What prompted Tagalog to rise out of nowhere and become popular enough for children to use it in their playtime? One of the huge and probably the most pervasive factor is cable television, which came to Bontoc in 1997. Along with it came the local programs, of which Tagalog was the language commonly used. My younger cousins’ generation had been far more exposed to television than I did when I was their age. In addition, Tagalog telenovelas or prime time soap operas shown everyday not only hooked adults and surprisingly grandparents, some of whom rely on translation from the younger generation to grasp the story, but children as well. It is no longer unusual to hear children singing the Tagalog theme song of a popular telenovela or soap opera nowadays. Situations and events wherein a child can imagine himself or herself to be in now included speaking Tagalog, as in the case of my younger cousins.
However, there are other factors as well. Some of them would be more accessible roads, which attract more tourists and allow businesses and trade to thrive; migration especially for students who come to Bontoc for their schooling; and intermarriage.
Although it is inevitable that Bontoc children will learn Tagalog in school and that they may eventually learn to speak it, the influence of media has elevated its status to become a language that children speak even before they learn it in school. This is a different mechanism from the way the generations before them learned it. It is no longer a language that is imposed upon a community because of a language policy, but it now becomes a language that a younger generation chooses to speak in. Because of this, it will certainly have a more invasive effect on the vernacular, especially on the vocabulary of the incoming generation.
How it will lead from here, whether this phenomenon may mean just another addition of a language in a multilingual community or whether the media may have that much influence in directing a language shift, is still speculation. Only the future knows how this phenomenon will develop in the Bontoc community.
Posted by Fongakhan at 12:38 AM

Do I have your permission to use this paper as part of my "research" - it is a wonderful "first person" observation on language use!!!!

You have my permission. I'm glad it can help you. God bless you as you write your dissertation.

My friend, this is such a wonderful piece of writing! I want to submit this to local papers for publication, may I?

My friend, this is such a wonderful piece of writing! I want to submit this to local papers for publication, may I?

Hi Fongakhan,
Yay! Finally found your blog. I'm adding you to my links. Very good observation about the effect of media on how the young kids now communicate. Tagalog ispokening nga ang mga bata sa ili. It's good to learn another language but I hope it would not lead to us forgetting our own language no?

Hi Bill Billig, I also like your blog and will be adding it to my links as well =0

I am doing research on Philippine Musical Instruments I have come upon a book by Jose Maceda it talks about a musical windmill called the "widwid" by the Bontoc tribe, Have you encountered such a toy or anything similar to it. Any insight you can give me will help.

Hi Anonymous! No, I have not encountered such a musical instrument. I've asked around but nobody seems to know what it is. It might be from a barrio of Bontoc, not from Central Bontoc. But the term definitely sounds Finontok. Hmmm...

This post presents clear idea in support of the new visitors of blogging, that
actually how to do running a blog.
Here is my site transfer news soccer espn

Great post however , I was wondering if you could write
a litte more on this subject? I'd be very thankful if you could elaborate a little bit more. Thank you!
My site :: pizza games el paso 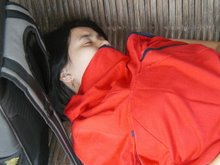